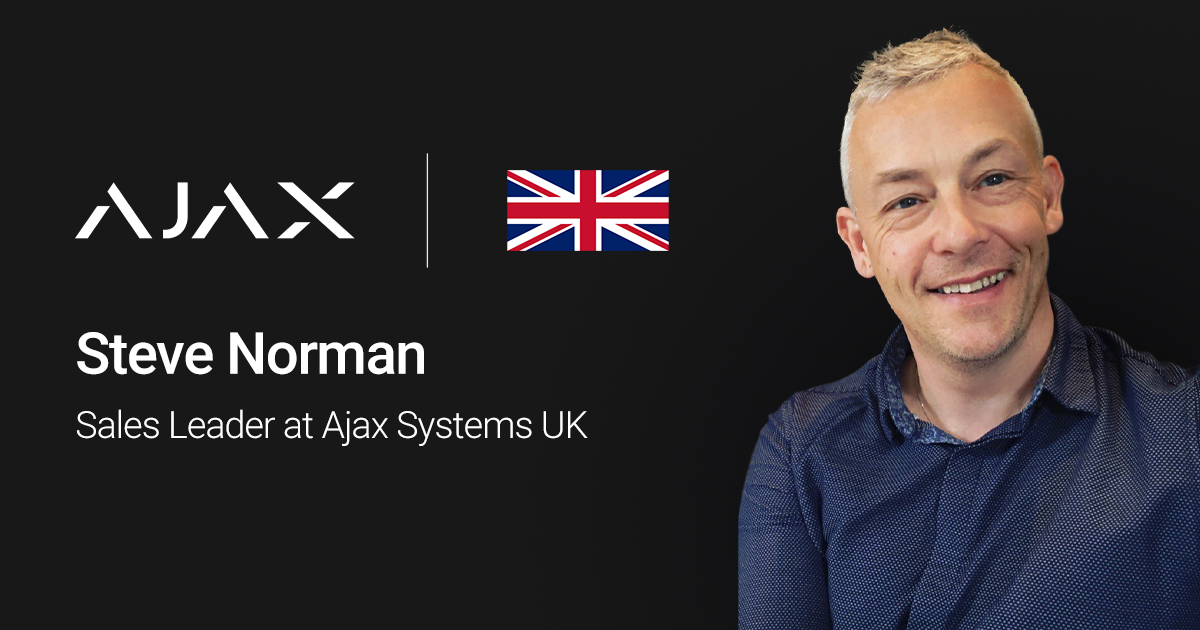 Ajax Systems, the developer behind the most award-winning wireless alarm in Europe, has hired a UK Sales Leader to strengthen the presence in the UK market and expand the local team.

Steve Norman is a security industry veteran. For the last 20 years, he was working for major international manufacturers from the US and China, and a distribution and integration company in the UK — this experience lets Steve understand the industry from all sectors.

Steve joins Ajax as the head of the UK sales team and will work towards its active development and growth. He will strengthen the Ajax team from October 1st.

Ajax has taken an industry that is firmly stuck in a particular way and has approached it with an Apple-esque viewpoint, and I believe that they will change the industry. The opportunity to be at the start of this in the UK and build a tight team to deliver this was too good to miss.

I’d like to build a team that, working together, will exceed all expectations and deliver tomorrows intruder detection to an industry that can deliver so much more.Steve Norman, UK Sales Leader at Ajax Systems

For Ajax, the UK is one of the key markets, and therefore we are taking roots deeper and deeper into it. We have several products specifically for this market: the recent StreetSiren DoubleDeck, the current implementation of PD 6662 compliance, and the upcoming launch of DoubleButton. Certainly, we’re actively striving to increase our presence there, and Steve is our next big step towards enforcing our team in the UK. Soon, the team will grow even more — Ajax will have a large full-fledged team on the UK ground.Aleksandr Konotopskyi, CEO of Ajax Systems

Ajax Systems officially entered the UK market at the end of 2018. However, the system gained the recognition of the British professional security community even earlier. In 2017 Ajax was recognized as the “Intruder Alarm of the Year” at the IFSEC International, a leading integrated security event in London.

The company is working on launching new products for the British market. This autumn, Ajax will introduce the OS Malevich 2.10 update that will bring an alarm confirmation function including two detectors. Thus, the Ajax security system will meet all the requirements of the British PD6662 standard. As a result, not only security companies but also police patrols will be able to respond to Ajax alarms.