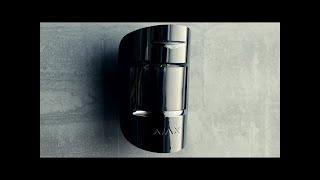 Security systems help to protect the premises from unpleasant situations, which include: fires, intrusions, floods, gas leaks and others. Only by analyzing possible incidents and protecting space from them, we can be sure of safety.

How to choose a burglar alarm

A burglar alarm is not a guarantee against burglary, but its presence reduces the likelihood of intrusion. The purpose of setting up an alarm is to provide an immediate response to the incident and report it to the property owners and the security service.

Before installation, it is essential to determine the most convenient type of security alarm:

The main types of premises protection are aimed at detecting common problems. Types of security systems and how they work:

A fire protection system is a set of devices designed to detect a fire at the first sign of the start of combustion. Fire sensors react to the smoke and a sharp temperature increase in the room. After detecting a threat, the sensor will send an incident notification to the control panel, after which the system users and the security service will receive a signal.

Fire sensors are used to control the concentration of combustible gases in the room. They inform the system user when the limit value of a substance in the air has been exceeded.

It is possible to prevent flooding with the help of leakage sensors. A device of this type reacts to water with the first drops on the body and transmits an alarm signal to the alarm control central.

Some smart security systems allow you to connect an anti-flood system that automatically shuts off the water.

The intrusion protection system allows its users to identify the threat in time using detection sensors: strangers in the room, the door opening, etc.

Presence sensors are activated if someone climbs over the fence or looks out the window. Opening sensors react to burglary and can be installed on any type of door and window.

The sensors are activated only after detecting the sound of breaking glass, ignoring extraneous sounds.

Security alarm sets are devices that can detect, analyze and react to danger. The complete set of the basic alarm set should include:

The security system’s functionality will depend on the types of sensors for installation.

The principle of operation of the detection sensors is to detect danger and transmit an alarm signal to the control panel. This activates the sirens connected to the security alarm, notifying users and the security company of the incident.

Installation of high-quality equipment provides monitoring of the territory and reduces the risk of intrusion. If you supplement the basic alarms set with fire or leakage sensors, you can get additional protection against unforeseen situations.

The Ajax StarterKit security alarm kit is a wireless security system that can be controlled using a mobile application. The user can configure sensors, check the status of each device, and activate the security system. StarterKit helps to protect the premises from intrusion.

Features of the Ajax StarterKit

The Ajax StarterKit security device kit is responsible for a quick response to human movement and opening windows and doors in a protected area.

The system detects movements using sensitive sensors in the MotionProtect and DoorProtect sensors, after which the smart panel receives an activation signal. Then, the hub sends an alarm signal to the connected users and to the security service (Ajax security devices can be connected to the central security console. Through the mobile application, you can send a service request.

The SpaceControl wireless keychain allows users to control the security and activate its modes. Using the device, the user can send an alarm signal to the security console by pressing the panic button on the key fob.

The Ajax security system uses Jeweller radio technology to control the operation of sensors and quickly respond to danger. Jeweller monitors the performance of each sensor using two-way communication and, when jamming the signal, switches the system to a free frequency. The operating radius reaches 2000 meters in the absence of obstacles.

How to supplement the Ajax StarterKit

The Ajax StarterKit is a set of security devices that is enough to protect a small room. But if there is a desire to make the system closer to a professional one, the basic set can be completed with the following devices:

Keypad for arming and disarming the security system. The wireless sensor keyboard is equipped with a panic button. Controls security modes when entering a digital code on the panel. The indicator informs about the security status, signal strength and the state of the sensors.

A room siren scares off intruders with a warning message and draws the attention of neighbours to the scene. It is triggered with a loud sound after the sensors are activated.

A leak detection sensor detects the ingress of water but cancels the alarm if it dries out. When flooded, the sensor reacts and reports an accident. Ajax will automatically shut off the water if an anti-flood system is implemented in the room.

A fire detector that detects smoke with a photoelectric sensor. If combustion occurs without smoke emission, an additional sensor detects an increase in temperature in the building.