Today, the Ajax ecosystem is growing rapidly, being supplemented with devices for comfort and productivity and already has more than 60 different items in its portfolio. As the customer base is growing no less strong and last year reached the million users mark, and the number of use cases is increasing, many new features were expected to appear in the applications, which required a change in the design approach.

Turn on with one movement

The company has received many requests about the opportunity to change the device order in the list to quickly move the most frequently used ones to the top. Most often, these are automation devices — Socket, WallSwitch, and Relay.

Design department has done its research and realized that simply moving these devices to the top of the list is not enough. The interface should take into account the structure of the human body, movements, and interaction context. A way to what the user wants must be short and natural to the fullest. And for natural interaction with a person, you need gestures and large buttons to hit them easily. So now the user just needs to open the app, make one gesture, and instantly turn on the device.

See out of the corner of your eye

So that, regardless of the eye conditions, every user could easily and quickly see the necessary information, the application has increased contrast and extra icons for clearer navigation. Fonts and details became more contrasty in pretty much every corner. 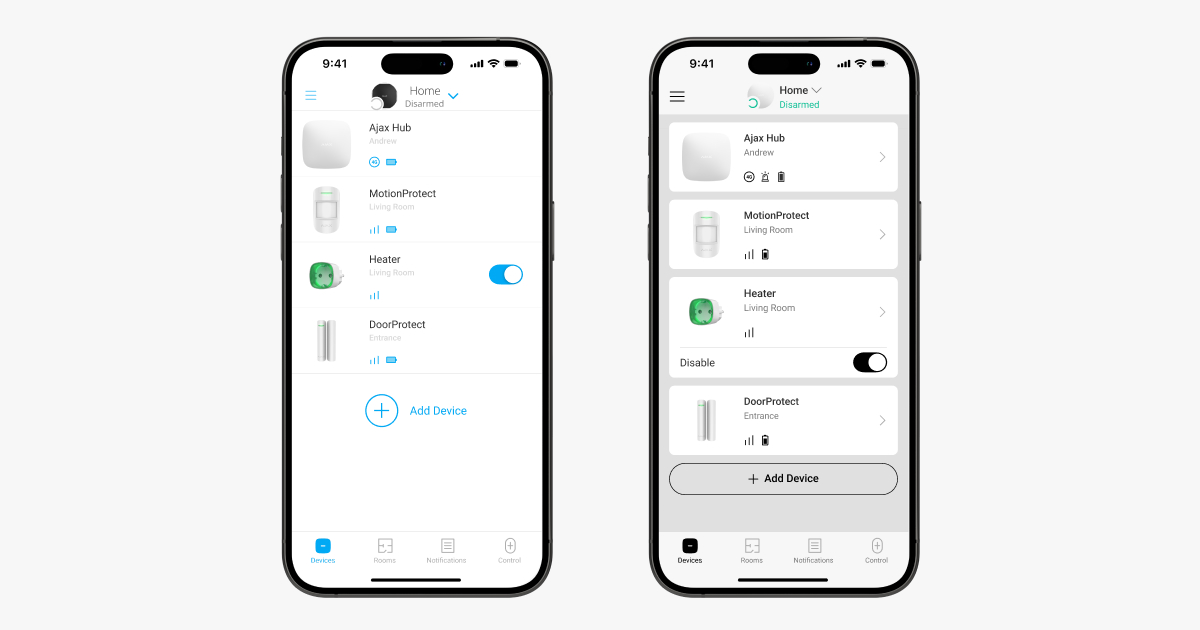 On the left is the Ajax application interface a year ago. On the right is the redesigned interface.

To ensure that installation engineers and users see conveniently summarized and grouped information, the same approach is applied in the Rooms menu. 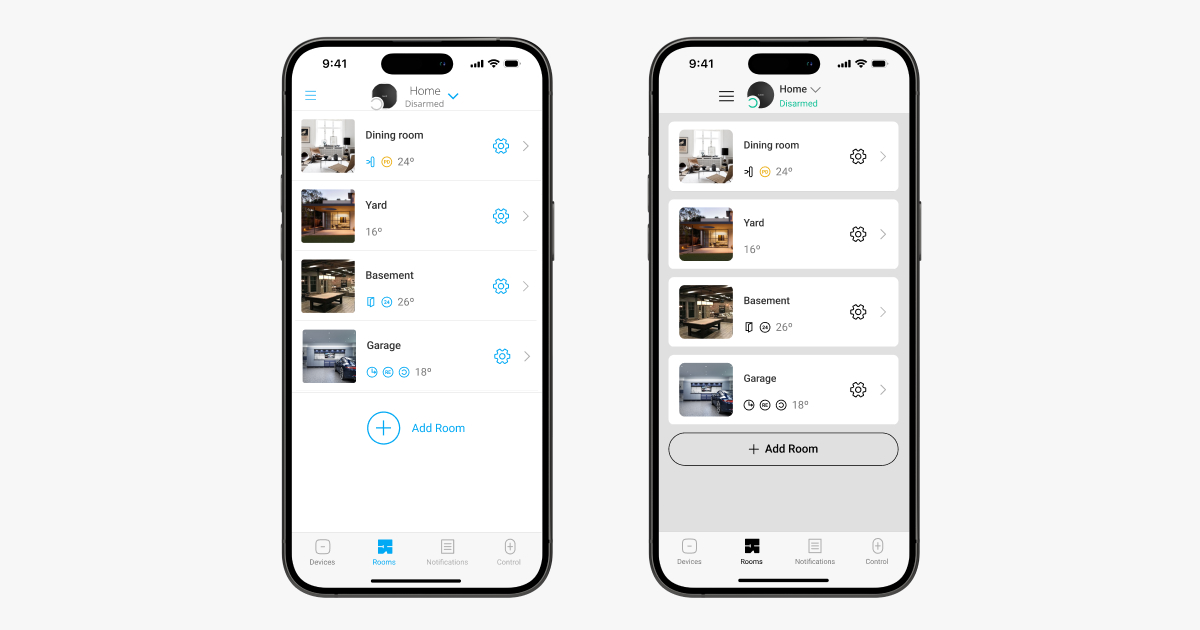 On the left is the outdated design of the Rooms tab. On the right is the updated design.

Thanks to the clear color coding, the information is easy to read, and the updated text icons leave no doubt about the meanings. 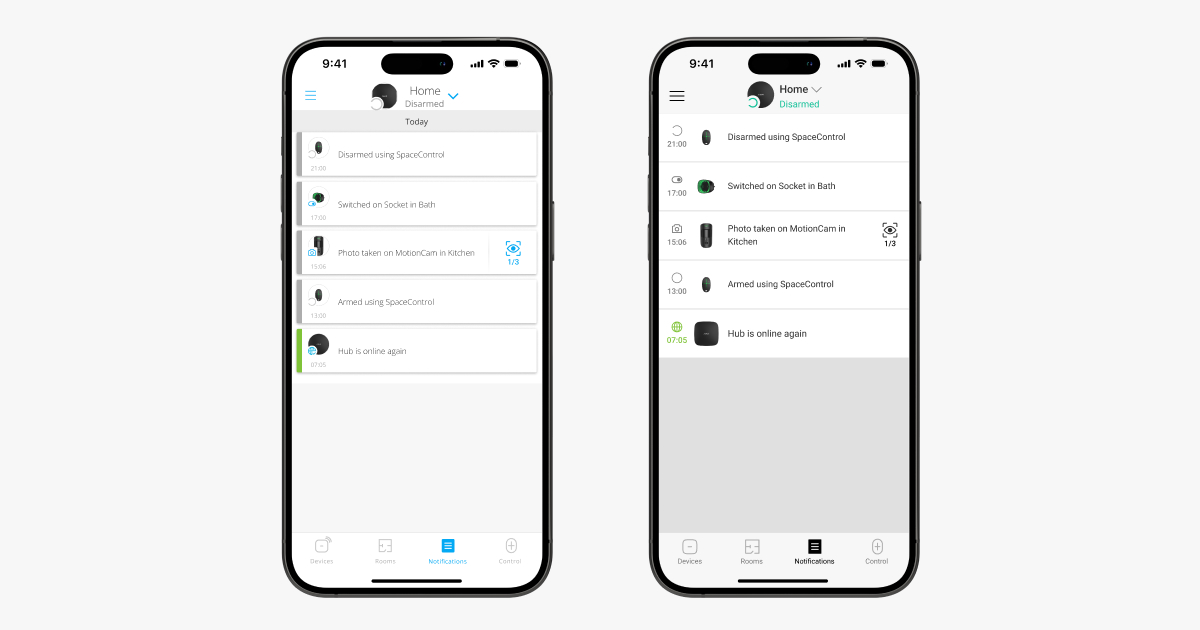 On the left is the old design of the Notifications (event log) tab. On the right is the new design.

The new design is available in mobile applications for Android — version 2.25 and iOS — 2.22. In addition to the updated look and feel, Ajax applications now support new comfort and productivity devices introduced at the Ajax Special Event, as well as temperature scenarios.

To get access and fully use the above-mentioned advantages, it is enough to update the hub operating system to the OS Malevich 2.14 version.