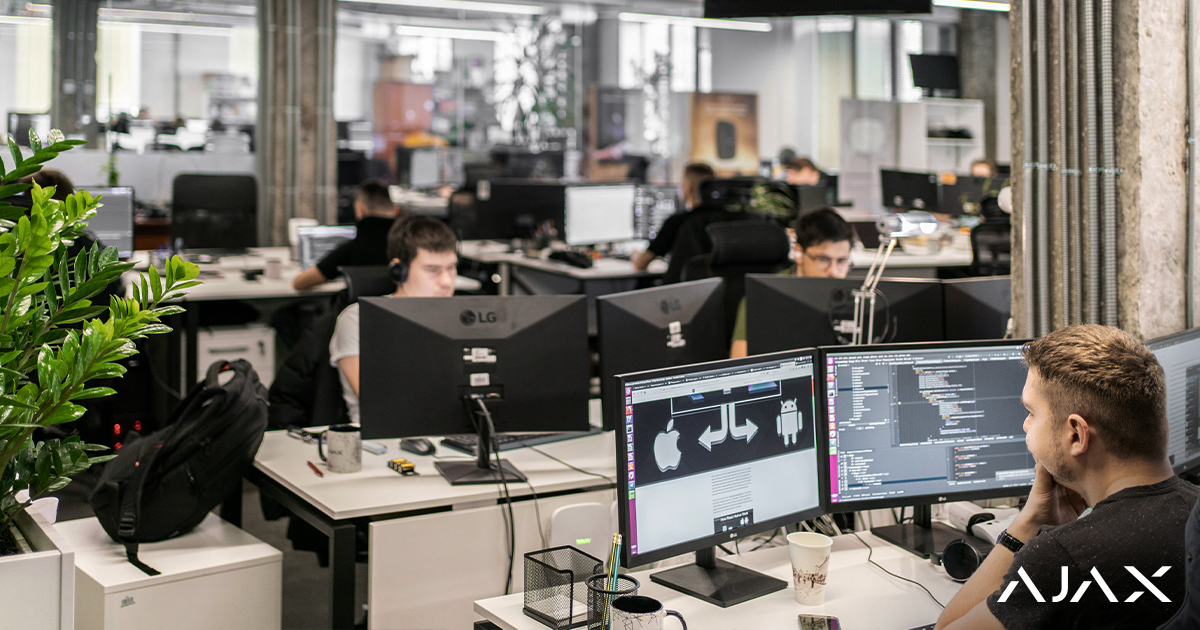 A previously opened Kharkiv office showed the success of regional development teams. It is planned to gather a full-fledged team in Vinnytsia for developing new Ajax security devices independently of Kyiv and Kharkiv offices.

Today Vinnytsia attracts IT companies working in various fields, including outsource and product development. We also see potential in local developers and students. We plan to release more than one device with a new team by the end of the year.Aleksandr Konotopskyi, Founder & CEO at Ajax Systems

Who are we looking for?

In a year, Ajax Systems plans to recruit 8 to 10 people to the new team. The company is looking primarily for talented engineers – embedded and hardware developers, as well as project managers.

All open vacancies at Ajax Systems can be found at the link.

The opening of Vinnytsia office is scheduled for February 2021.