Ajax Systems allocates 1 million UAH to restore the St. Nicholas Roman Catholic Cathedral and will equip it with a fire alarm system 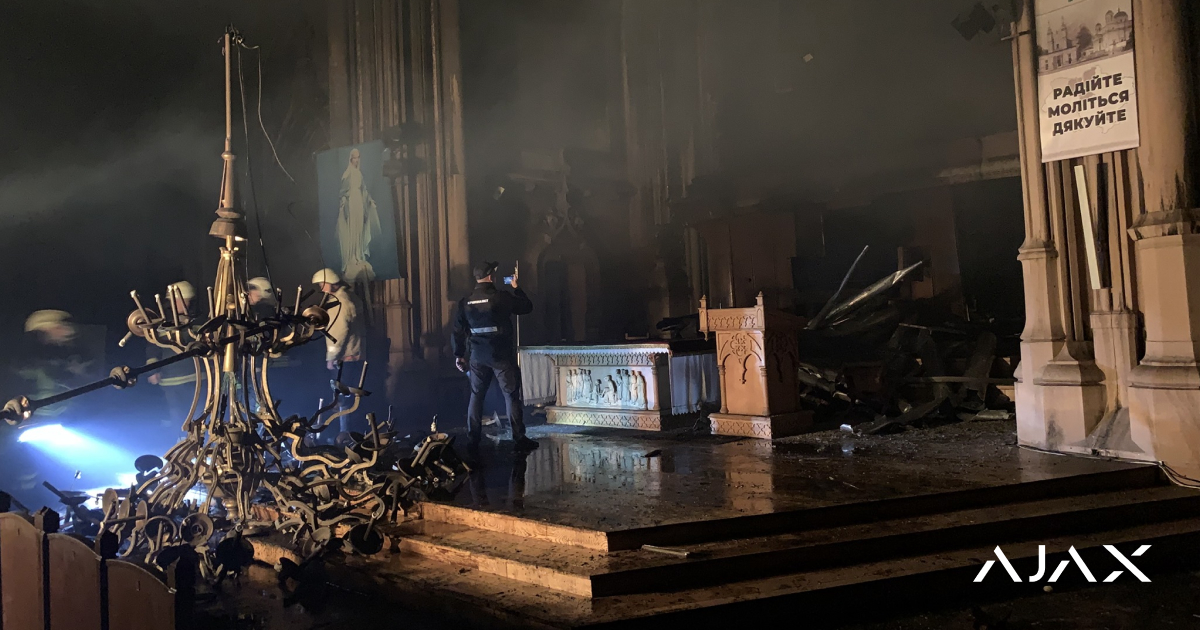 On 3 September 2021, a short circuit caused a fire in the St. Nicholas Roman Catholic Cathedral in Kyiv. The fire damaged the interior of the building and destroyed the organ of the National House of Organ and Chamber Music of Ukraine.

The Saint Nicholas Roman Catholic Cathedral is one of the most prominent national monuments of Ukraine, and this fire was a great loss for the whole country.

Ajax Systems supports restoration of the cultural heritage and allocates 1 million hryvnias for the renovation. Afterwards, the company will install a reliable Ajax fire alarm system.

Along with Ajax Systems, dozens of other Ukrainian companies joined the fundraising efforts to restore Ukraine’s cultural heritage. On the very first day after the fire, entrepreneurs raised more than 20 million hryvnias.

Ajax Systems has outfitted the physics lab and supplied Kyiv Natural Science Lyceum No. 145 with an interactive panel