The security services market is constantly evolving: new types of services are arriving, equipment is becoming smarter, and companies with new business logic are entering the market. Security companies already on the market must adapt to these changes or overspend human and financial resources.

That was the challenge the Sheriff security company had to face in 2018. Because of the rapid decline in demand for physical guards and equally rapid development of remote monitoring, the company had to choose equipment to work with. Four years ago the Sheriff company chose Ajax. Today, Sheriff is a security company that monitors more than 40 thousand objects, has a stable team of installers, and can boast of the arrival time of the rapid response unit of less than 8 minutes. What happened over these four years?

With Ajax wireless devices, installers managed to save a lot of time. This played a critical role as the amount of installation work increased. The experts at Sheriff estimate that they now spend less than an hour installing an Ajax starter kit, and that includes user consultation. For comparison, the installation time of other systems with the same number of detectors is at least 2.5 hours. And you can spend as much time training users to handle some alarm systems.

With Ajax devices, the installer does not need to disassemble the enclosure and mess around with tiny details. With the removable SmartBracket mounting panel, you won’t accidentally damage the detector electronics. It is enough to scan the QR code to pair a device with an Ajax hub. Instead of jumpers or rheostats, use mobile or desktop apps to adjust the sensitivity and other parameters. Thus the installers can arrive on site with the security system already pre-configured.

Sheriff has no turnover of installers: the employees have long passed all stages of training and are now doing their job perfectly. Our training is built on a system that includes all the algorithms of the installer’s work and mandatory blocks testing the knowledge of the material. But if we talk about specific products, it is much easier to understand the straightforward and intuitive Ajax equipmentMaksym Prokopets, Head of the Engineering Department, Sheriff

Sheriff has made all possible efforts to take over a significant part of the security services market in Ukraine. The deliberate promotion strategy, strong marketing, and, above all, quality service are the things that worked. Sheriff was the first on the market to offer equipment installments and actively used upselling. With financial motivation, managers and installers offer customers additional devices that expand the arsenal of the security system and improve protection.

The recognizable Ajax brand has become a powerful reinforcement for the Sheriff efforts. Seamless interaction between security systems and apps, intuitive interface, and thoughtful design — all these create the product you want to use. A new customer can choose an Ajax system, and then get it from Sheriff on favorable terms.

From 2018 to this day, the number of Sheriff customers has increased by 25,000, of which 20,000 have chosen an Ajax security system. This number is the best illustration of the interaction between the two brands. 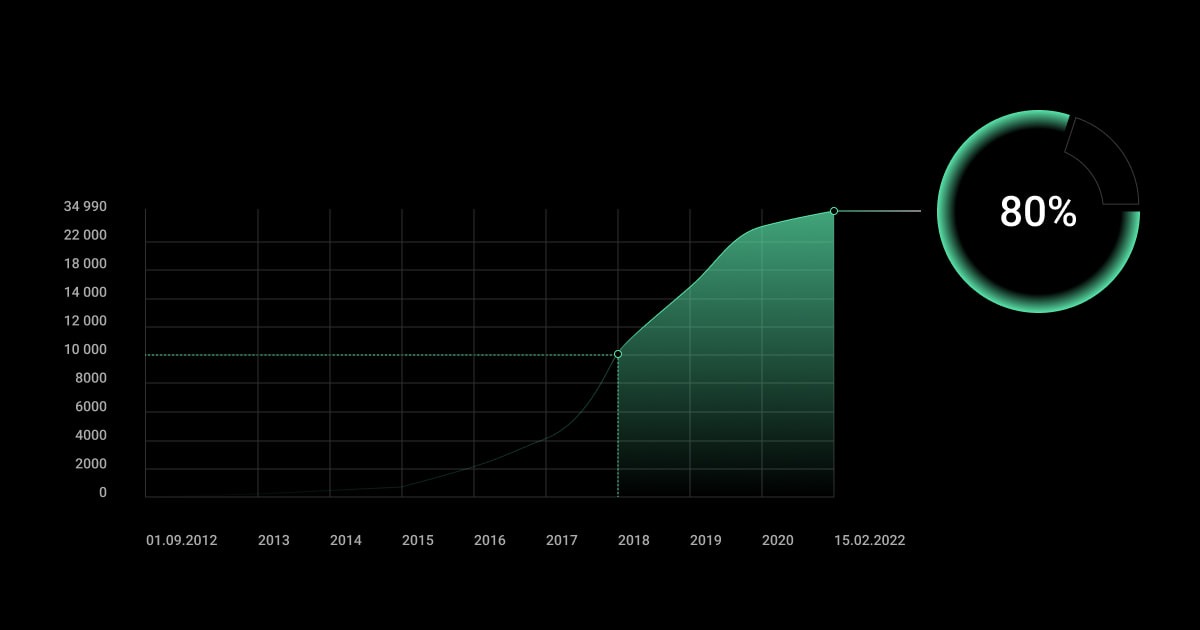 Sheriff customer service and Ajax user experience serve the same purpose—to minimize the human factor so that most of the work is done by technology. As a result, the security company reduces operating costs and the time of the rapid response unit’s arrival at the scene.

In 2018, the average rate of false alarms was 92 per 1,000 objects, which led to additional fuel costs and delayed the arrival of the patrol dispatch due to the distraction by purely technical alarm activations. Today, the Sheriff response team arrives on the scene in as little as 1–8 minutes, and the false alarm rate has dropped to 57 per 1,000 objects.

Ajax security systems have played a significant role in these improvements. Software algorithms in the detectors that prevent triggering on pets, a well-designed app interface that makes it easier to use the system, visual alarm verification, and many other tools that minimize the human factor produces an exceptional result.

Today, more than half of the security systems on the Sheriff monitoring station are Ajax. Ajax systems account for only 10% of the total false alarms, while 90% of them come from the rest. If Ajax products had entered the market a little earlier, the Sheriff clients would have received even better serviceDmytro Stryzhov, Founder of Sheriff

Ajax equipment minimizes the workload on a monitoring station operator, although it does not completely exclude possible user errors.

The client can still arm the apartment with their key fob or app and only then leave it, with zero delay. And vice versa: the client can first open the door, and then disarm the objectMaksym Prokopets, Head of the Engineering Department, Sheriff

The Sheriff company actively uses the Ajax brand in communication. This enhances promotional activities and demonstrates the company’s focus on innovation. Co-branding is present in both online and outdoor advertising.

For example, in 2021, the Latin-language original Constitution of Pylyp Orlyk, estimated at over a million dollars, arrived in Ukraine for the first time to be exhibited in St. Sophia Cathedral. The Constitution was transported in a special truck, constantly guarded by the police, and then carried from the funds to the cathedral in an armored fireproof case. After transportation, the relic was under constant supervision of the Ajax system and Sheriff professionals. 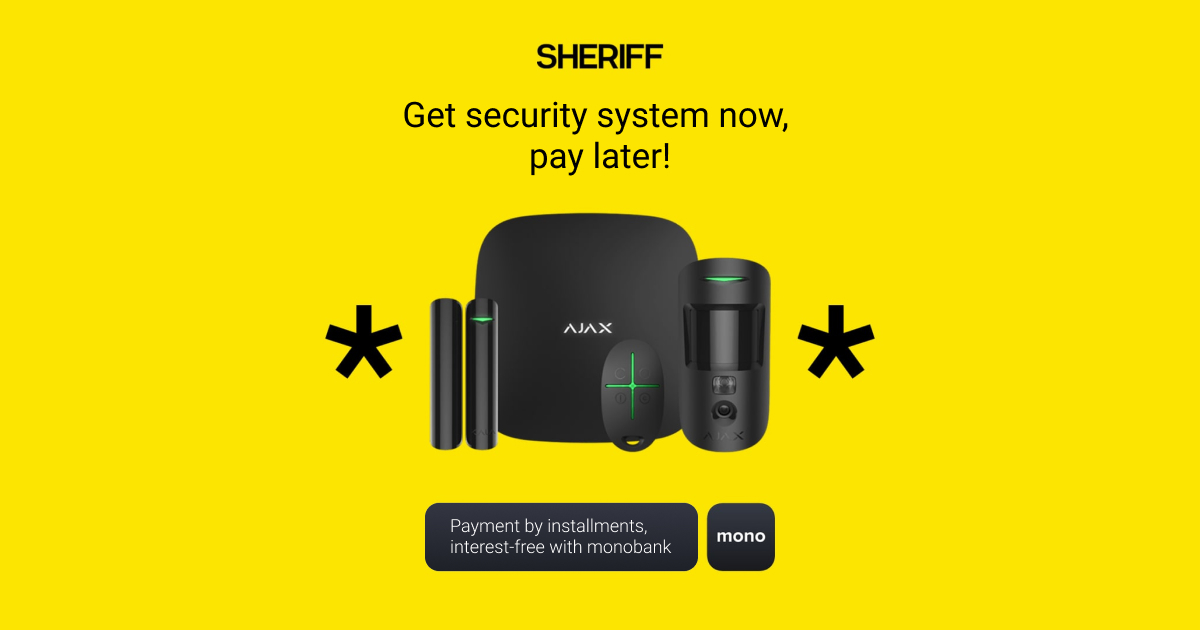 Advantages of working with Ajax

The Sheriff company has demonstrated the importance of flexibility and innovations in the security business by its example. Ajax equipment has reduced the workload on installers and monitoring station operators. A smart approach to false alarms saves costs for emergency response units, and Ajax-branded marketing attracts new customers. All this allows the company to focus on high-quality customer service and grow exponentially.