If you were asked to describe a disaster day, what would it be like? Fire in the house? You flooded the neighbors? Your apartment was robbed? Or all at the same time? In the real world, it happens every day, but with the Ajax security system you don’t have to worry about such threats. Having researched the fears of the Ukrainians, Ajax Systems together with Fedoriv Agency and NCG (Nostra Communications Group) advertising and communications holding company launched a large-scale promotional campaign — Protection for an Imperfect World.

Searching for an insight

During in-depth interviews with Ukrainian consumers it turned out that people for the most part believe that they live in a perfect world where troubles happen only to someone else. Something bad may happen to a neighbor, across the city, or in another country, but certainly not to you. Therefore, a security system is not necessary, because it is a complex and expensive solution “not for me”.

This insight is supported by the percentage of homes with security systems installed. In European countries like Norway, Spain, or the UK, the penetration rate can be as high as 50%, meaning almost every second home has a security system. Meanwhile, in Ukraine, the figure barely reaches 7%.

The goal of the new advertising campaign is to make Ajax synonymous with the category of security and to form a clear connection among the target audience: “If a security system — then Ajax.”

The creative team of Fedoriv Agency suggested showing that the danger — fires, floods, burglaries — is always there. It can happen to anyone. But with Ajax, you live in a world of security and tranquility.

As a digital-native company, Ajax Systems has always focused particularly on the digital promotion channels. But over time we realized that this is not enough to reach the mass audience. That’s why we set a goal to launch a powerful 360° campaign that would take the Ajax brand awareness beyond the Facebook bubble to the nationwide level. And all this without the emphasis on fear and intimidation that is commonly used in security products advertising.

Together with Fedoriv Agency and NCG we have done a tremendous amount of work in studying the audience and consumer barriers, as well as finding a creative idea — how to uncover the topic for 100% in 15–20 seconds. We also looked deeper into econometric modeling to study the impact of advertising channels on sales. It all made us reconsider our internal processes and operating principles, for which we are grateful to our partners. I am sure we opened a new stage of the company’s development, and this experience will form the basis of our approaches to promotion in the export markets as well.Valentine Hrytsenko
Ajax Systems CMO

The media strategy developed by NCG covers a number of formats and channels according to the multichannel principle. The basis — the branding TV video — continues in product commercials, materials for digital channels, outdoor advertising and radio, as well as in active support in social networks through influencers.

We clearly understand that with the media mix and communication solutions we offer, we can attract precisely those people who are ready to join the perfect world of Ajax.Dmitry Kutovoy
Founder and CEO of NCG advertising and communications holding company

In the perfect world of our fantasies, all people are cute kittens, there are elves, and only happiness comes uninvited. But the reality is more complex. You need reliable protection, and that’s exactly what Ajax offers. Today, the top brand promotes Ukraine as an innovative technological country. That’s why we were looking for a global idea that would be relevant not only in our country, but also abroad, whether in France or Kazakhstan.Andrii Latanskyi
Fedoriv Agency strategist, copywriter

Plot: to combine the incompatible

The basis of the ad for Ajax was the counterpoint technique: the imperfect world is shown alongside harmony and security with Ajax. In the shot, a carefree couple walks calmly down the corridor to their apartment, while behind them there is a real action movie: explosions and columns of fire, streams of water from a flooded apartment, burglars sawing apart the lock of their neighbors’ door. But this does not affect the romantic and relaxed mood of the couple, because their apartment has a reliable Ajax security system — protection for an imperfect world.

The special atmosphere of the video is created by the cinematic visuals, soft voiceover, and atypical for the industry audio accompaniment — Bach’s classical melody. All this makes Ajax stand out in comparison with other commercials in Ukraine. The Ajax story is not about jokes, turbulent emotions, or surrealism — it is a reflection of the tranquility and harmony that security provides.

Thanks to the universal plot, the campaign is easily adaptable to other countries. After a flight in Ukraine, Ajax plans to localize the campaign for other target markets.

Implementation: through fire and water

The video was shot by NO STARS studio with the Lithuanian star director Ignas Jonynas, who has extensive experience shooting advertising campaigns and movies. 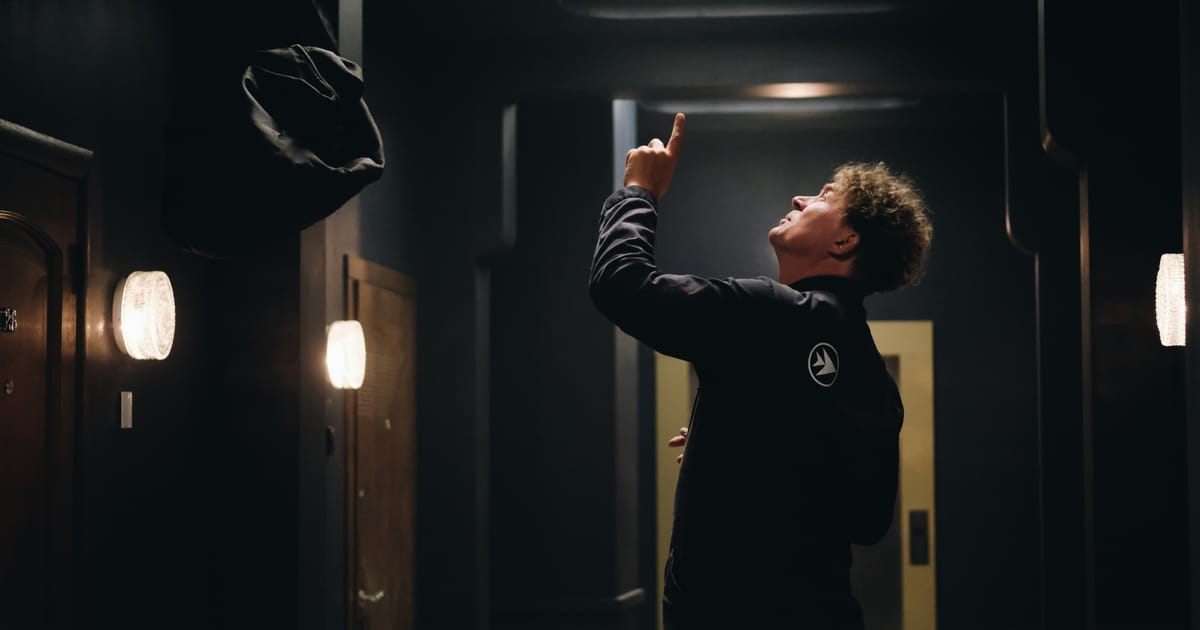 To enhance the one-shot effect, the clip is shot in one frame, and the reality of the disaster is demonstrated with real fire, water, and burglars. A special location with an elevator, a corridor, and an apartment was built in a pavilion exclusively for the filming. 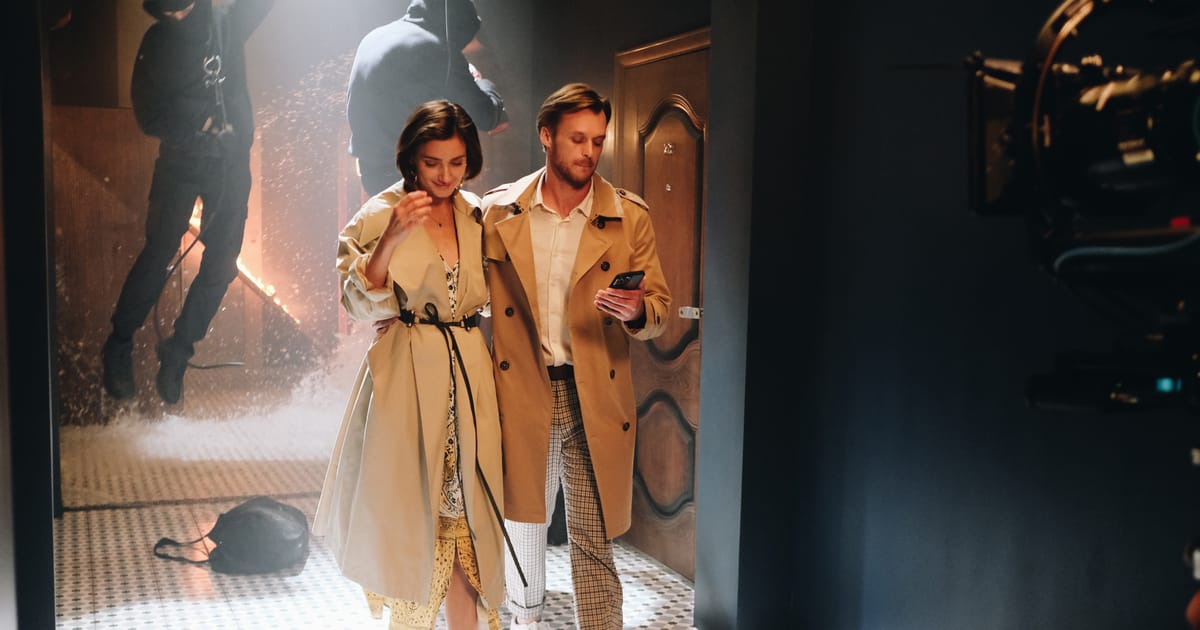 Director Ignas Jonynas made a real short movie. The actors actually had a stuntman’s task: to portray maximum carelessness and be romantic when there is a real fire, flooding, and sawing of a door happening behind them. To achieve the perfect image, a whole day of rehearsals was held, so that the actors get used to the special effects. 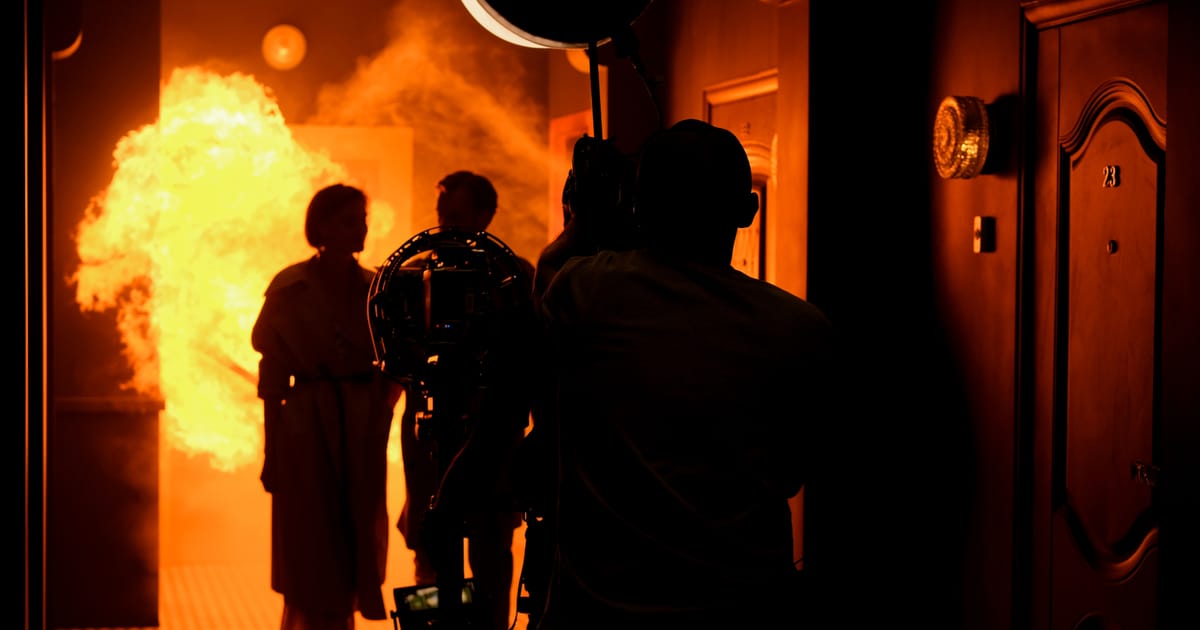 We needed a perfect fuckup. All the ‘trouble’ was supposed to happen as in life — all at the same time. But when Ignas is at the filming set, it feels just as safe as when you have Ajax at home.Viktoriia Klochkova
Fedoriv Agency Brand Leader 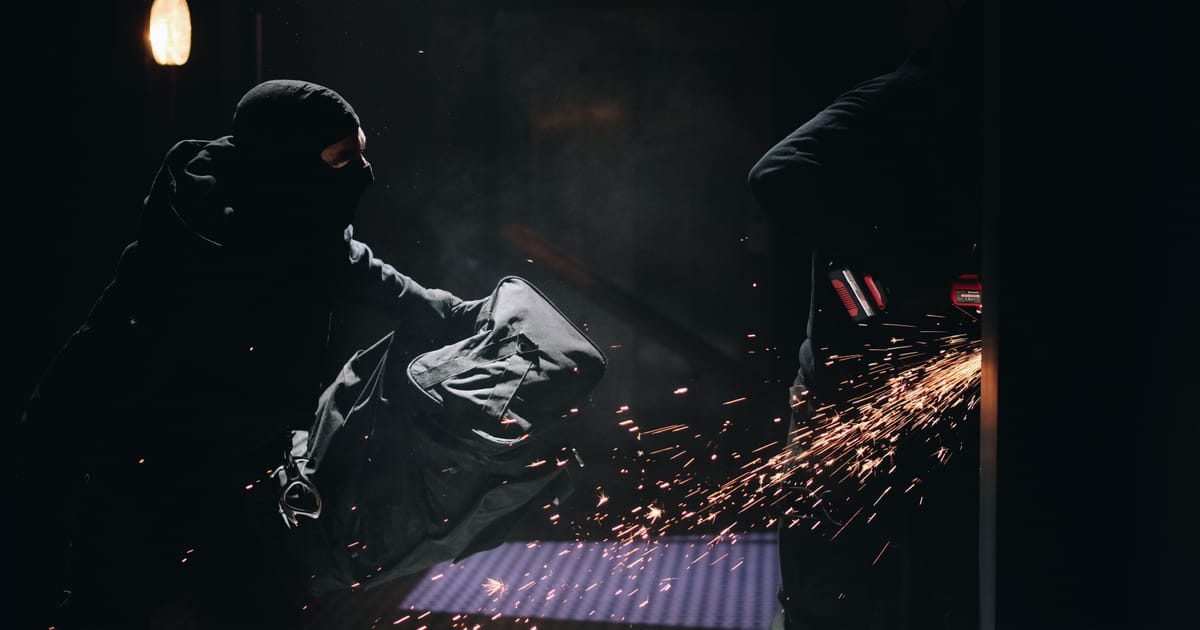 Promotion: focus on the multichannel feature

Ajax’s partner for promotion on external channels was NCG advertising and communications holding company, which distributes communication in the capital and the regions. NCG specialists have developed an econometric model, based on which a clear media plan was formed for the highest quality and the broadest coverage of the advertising campaign. The New Age media agency also became an analytics partner in the project.

The promotion strategy involves the most effective presence of Ajax in all possible channels and formats, taking into account the context and psychological triggers/the level of “readiness”, when the audience is most prepared to think about security issues. The campaign launches:

The goal of this campaign is to maximize knowledge generation and convert the consumers’ knowledge into Ajax systems users. To do this, we didn’t just develop a media strategy, we made it the most effective in the modern world. It includes both broad communication channels and narrowly targeted channels — those interacting with audiences that cannot be reached via TV. The synergy of these channels is effective and powerful in attracting audiences and increasing brand sales.Dmytro Katrych
Business Development Director of NCG advertising and communications holding company

Since, according to its business model, Ajax Systems does not sell the product directly to the end users, its partners — security companies and dealers — are involved in the implementation of projects, including the marketing ones. That’s why the key partners in all focus regions are also actively involved in the new communication campaign as part of the co-promo.

This way, Ajax not only promotes its brand, but also helps its partners to develop. Overall, the project becomes the driver of the entire security category.