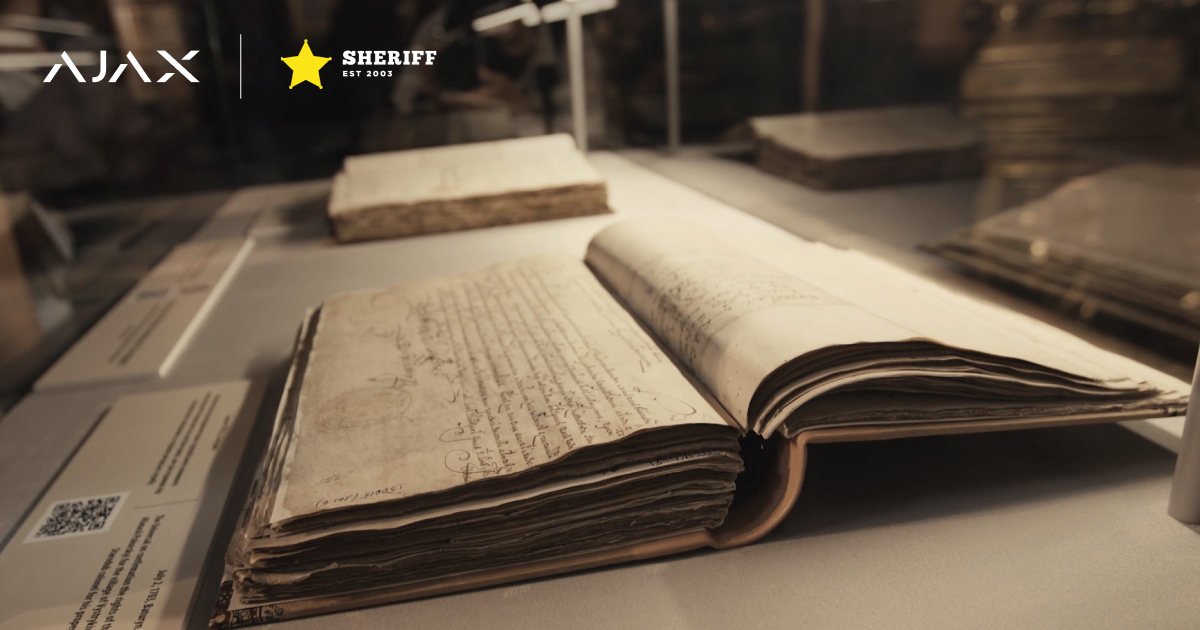 The original of the Constitution of Pylyp Orlyk arrived to Ukraine. For the first time in 300 years, this unique historical document left Sweden for an exhibition dedicated to the Independence Day of Ukraine. According to media reports, the exhibit is valued at more than a million dollars, so unprecedented security measures were taken for reliable protection: the constitution was transported by a special truck, constantly guarded by police, and carried from the funds to the cathedral in an armoured fireproof suitcase. After transportation, the document is under the constant supervision of the Ajax system and Sheriff security company.

Protecting the heritage of world democracy

Until November 14, 2021, the constitution will be temporarily exhibited as part of the celebration of the 30th anniversary of Ukraine’s Independence in St. Sophia Cathedral in Kyiv. Along with the constitution, the exhibition presents five universals of 1687-1702 and the authority attributes of Hetman Ivan Mazepa.

St. Sophia Cathedral is a historic building with thick walls that weaken the radio signal, so security experts have chosen Hub 2 Plus as the system’s control panel and enhanced the stability of the radio signal with the ReX signal extender. Combined motion sensors and motion sensors with a camera are used to control the territory and perimeter. The exhibits are protected by glass break sensors and opening sensors equipped with an additional accelerometer. Panic buttons and KeyPad are installed indoors.

Steep rise: How fast Ajax security system got to a million users