The growing competition in the fire and intrusion security systems market may get naive users confused or even lost when making their purchasing decision. One of the possible tricks for consumers to make the best choice is to search for the special stickers of compliance with the official regulatory standards placed on the package and devices of the certified systems’ manufacturers. Such standards are commonly designed by the specialised regulatory bodies and are regularly updated for the security system manufacturers to continuously enhance the production quality. In the context of fire and intruder alarm systems, regulations and standards perform the triple function:

Updates to the Security Systems Standards in the UK

While intruder and fire alarm systems are the crucial elements of premises and personal security, for the consumers with generally low awareness of the technical and technological aspects of the equipment it would be difficult to estimate the quality of such systems, their software and installation. This would eventually leave the consumers prone to a number of risks ranging from the vulnerable and poorly designed, installed, and maintained systems to financial issues related to the costs of coverage for the false alarms in the markets like the UK where it is the police responding to triggers alike. Security systems of poor technological quality and inappropriate servicing may include the incorrectly designed or located components of the equipment, such as detectors or cabling what will eventually result in excessive false alarms or premature systems failure. This justifies the need for more sophisticated and constantly updated security industry regulations that would enforce higher quality of security systems and services provided by the systems manufacturers and installers. 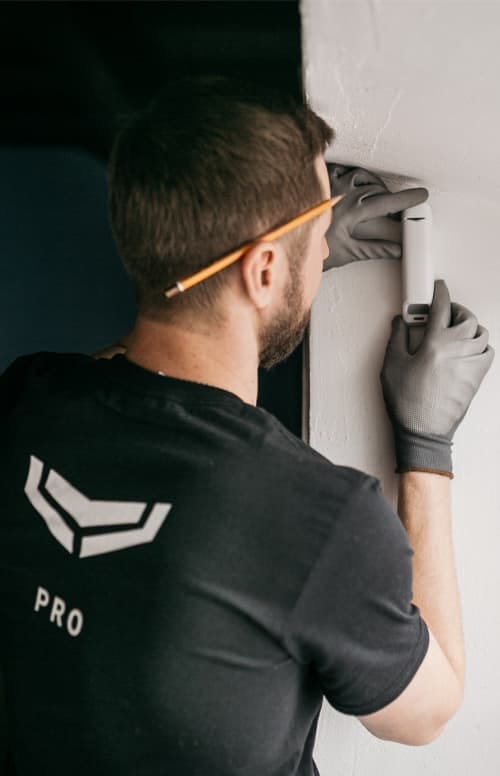 Such regulations called to ensure the utmost quality of the equipment and installation are critical to minimize the chances of false alarms as, for example, the cost of the false fire alarms alone in the UK amounts up to £1 billion annually, according to the reports by the Fire Industry Association. With more than 80% of false alarms being triggered by only 20% of alarm systems, this issue evidently refers to the quality of the system and its ability to detect the false trigger to avoid the unnecessary and costly police response. And when we say costly, we mean not only the security companies or the government paying for the police discharge but also the customers and the home owners who are fined or whose security system might be downgraded to the level allowing no police response after several false alarms. Still, the promising statistics by the False Alarm Reduction Association (FARA) implies that more than 80% of all false alarms might be prevented with the relevant security system software and installation improvements and this is one of the reasons the regular updates to the industry standards are designed for.

The recent meaningful updates to security and fire safety standards PD 6662:2017 were introduced in June 2019 and concerned the enhanced edition for intruder and hold-up alarm systems standards covering system requirements for installation and configuration of intrusion and hold-up alarms with an ultimate goal of ensuring generation of confirmed alarm conditions. PD 6662:2017 provides guidelines and a scheme for intruder and hold-up alarm systems installation and maintenance in the UK. It also includes all the latest European standards the systems’ installers, and, most importantly, manufacturers need to comply with when operating in the UK market. The list of the European standards is quite extensive yet still limited to cover all the areas of intruder alarm installation requirements in the UK given the British market’s distinctiveness with the police reacting to such alarms. For instance, while not included into the European standards, the methods of unsetting the intruder system initially covered in a British standard BS 8243 for systems requiring the police response, is now included into the PD 6662:2017 making it the most comprehensive and up-to-date scheme for the application of European Standards for intrusion and hold-up alarm systems. The update was designed on the basis of the earlier PD 6662:2010 scheme with modifications and improvements developed to make sure that all those previous standards are well aligned and the latest comprehensive and enhanced edition of such standards are streamlined in PD 6662:2017 minimizing the potential need for the frequent update in future.

What Does Compliance with PD 6662:2017 Mean for Manufacturers and Customers? 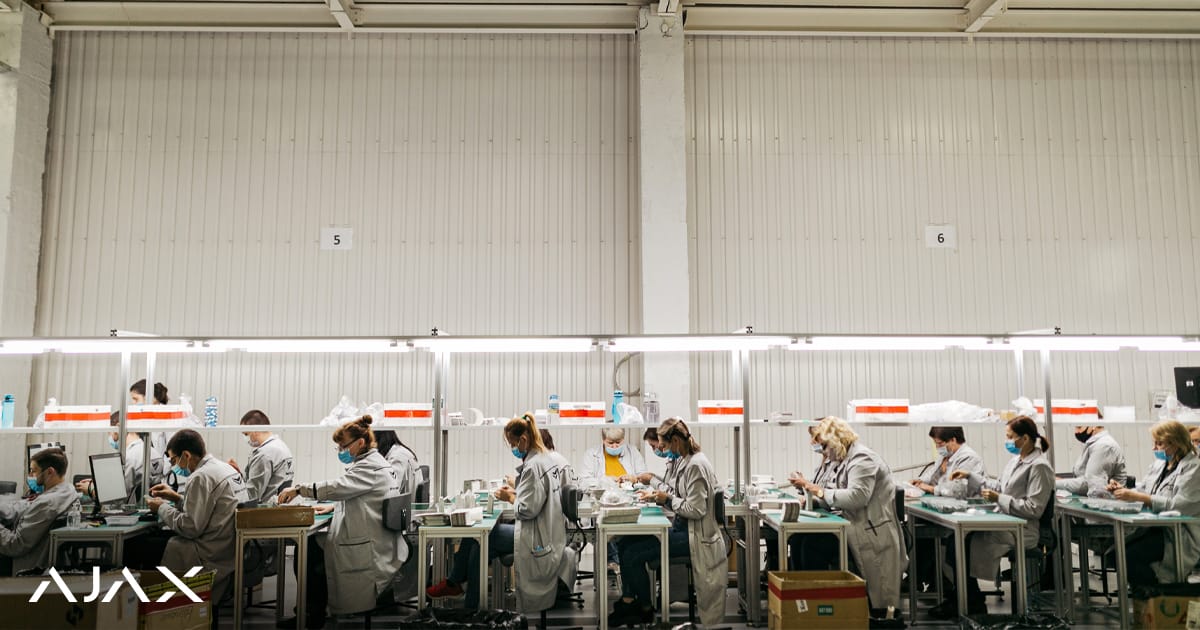 For organisations manufacturing and providing security systems and services to comply with the regulations and standards, the certification is needed which is granted by the specialised bodies such as SSAIB (Security Systems and Alarms Inspection Board) and NSI (National Security Inspectorate). Becoming a certified member of these organisations is a challenging and complex process with the companies awarded the accreditation having to pass the elaborated list of requirements and criteria to be approved. Yet, at the end of the day, such certification ensures that the companies are the most reliable service providers and the customers may trust them. Both certifications are widely recognised as the leading Certification bodies for the security and fire industries, and specifying NSI and SSAIB means the customers are guaranteed the best.

In such a way, as it is explained by Richard Jenkins, Chief Executive at NSI that approves certification of the UK’s top security and fire safety companies, the owners of alarm systems compliant with PD 6662:2017 may be assured of their system being in line with the latest European standards and the world’s best practices in countering false alarms. This refers equally to the equipment and configuration of such alarm systems and makes compliance with PD 6662 a powerful message to consumers regarding the quality of the product, given the value and trust placed in PD 6662 by the Police Services in the UK. 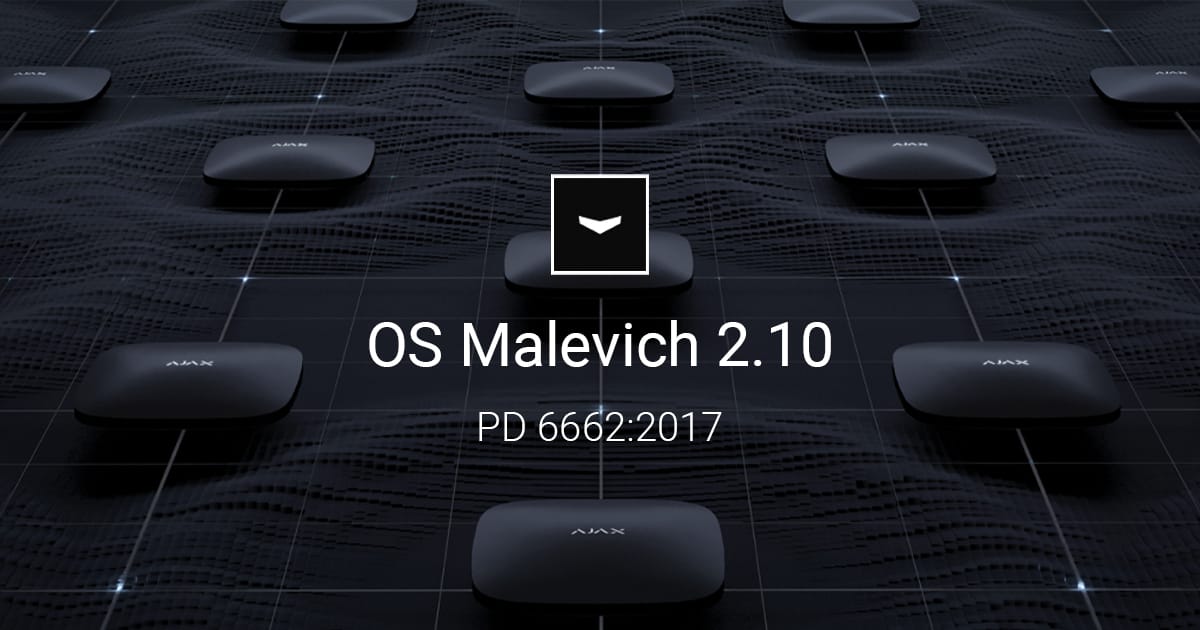 With the latest OS Malevich 2.10 update, Ajax security systems achieved full compliance with the standards included into the PD 6662:2017 proving the company’s capacity and commitment to adhere to the world’s best practices in countering false alarms. To comply with the standards, not only the software but also the hardware updates were introduced, including the DoubleButton as a new wireless hold-up device generating confirmed alarm conditions only if both buttons are pressed simultaneously with the special prevention from accidental activation designed, and a number of the new features and functions like a system restoration after alarms, two-stage arming, automatic deactivation of devices, selective system integrity checks, and alarm transmission delay when disarming. Protection from accidental activation both in terms of hardware and software ensures the minimum probability of false alarms. Moreover, the update has extended the potential application for scenarios and added more languages for the interface communication with users.

All Ajax hubs will upgrade to OS Malevich 2.10 by the end of 2020 through the automatic installation when the system is disarmed. At the same time, all the future manufactured devices will be marked with a special sticker of compliance with PD 6662:2017 and the existing partners and installers will be also provided with the stickers to mark the already supplied devices. 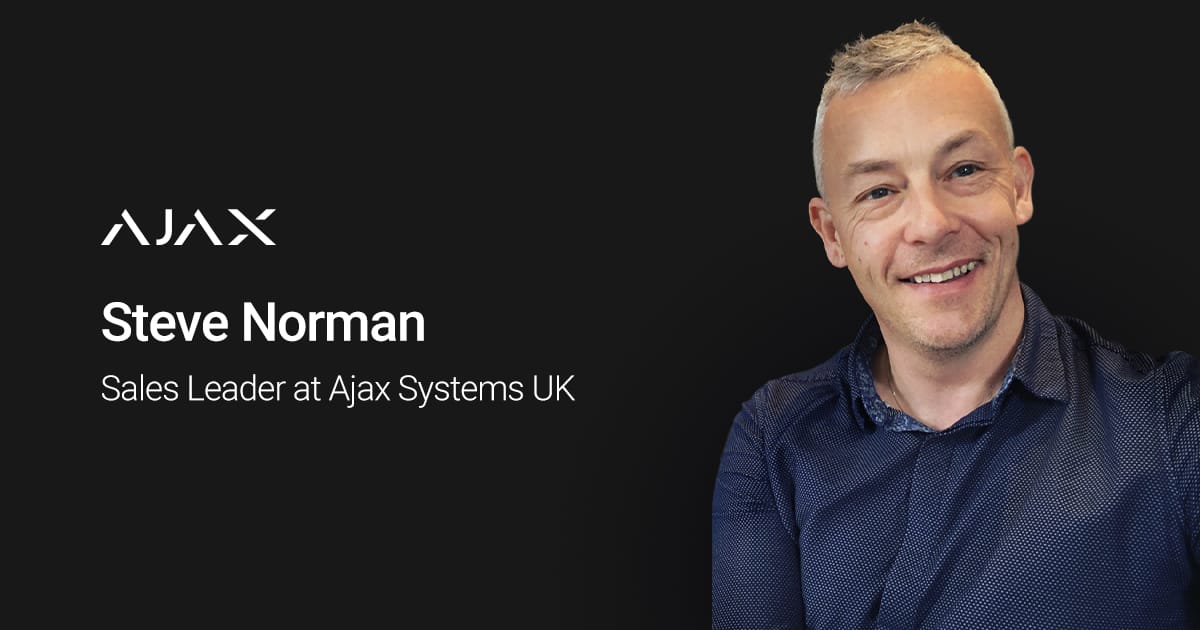 As it is fairly acknowledged by Steve Norman, UK Sales Leader at Ajax Systems, the compliance of Ajax Systems with PD 6662:2017 is a crucial milestone for the company as it both opens the new markets for Ajax hub technology and proves the company’s ability and commitment to respond to local market requirements and best practices promptly and effectively. The fact that that new OS Malevich 2.10 software was updated to gain compliances required for PD 6662:2017 within the year after the new standards introduced is particularly impressive.

The new features, for instance such as the alarm transmission delay, have already been implemented in large-scale local projects like the protection of the cultural heritage in Bergen downtown where Ajax Systems worked in collaboration with the Norwegian security systems manufacturer and distributor. Within the frameworks of the project, the interconnected fire alarms delays were implemented together with the transmission of the alarm event to a monitoring station what altogether allowed minimising false alarms and unnecessary responses. Now, with OS Malevich 2.10 update, this feature is available to all Ajax customers with the Ajax PRO apps.

In such a way, the recent OS upgrades developed and introduced by Ajax represent not only the innovative and technological excellence of its products but also the overall milestone for the industry raising the bar for the competitors and fostering quality improvement in the market at large. By ensuring the new software and hardware comply with the most sophisticated standards, the company proves its commitment to reputable and long-lasting relations with customers and distributors.