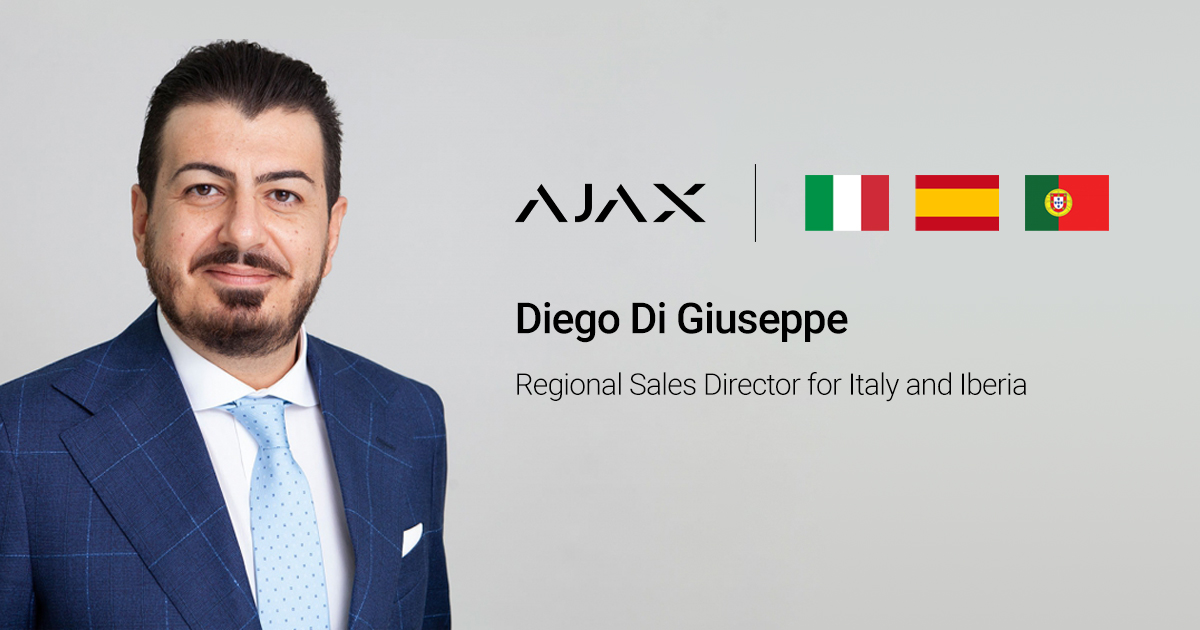 Ajax Systems, the developer behind the most award-winning wireless alarm in Europe, has appointed a Regional Sales Director to strengthen the presence in the Italian and Iberian markets and expand the local teams.

Diego Di Giuseppe is a security industry veteran with 15 years of experience behind. Starting as a distributor, he joined an international alarm system manufacturer where he managed the sales team for 5 years. Due to the great results in Italy, he later was promoted to General Manager for the Iberia region where he managed a 40-people multicultural team.

Diego joins Ajax as the head of the Italian and Iberian sales teams and will work towards their active development and growth. He will strengthen the Ajax team from October 5th.

In the IoT era, the intrusion market is strongly asking for changes. Ajax, as an IoT manufacturer with a strong IT DNA focused on providing the next-level user experience, actually is the only company that can drive this old-fashioned market into the future. I want to be a part of this market revolution, helping the company to achieve its ambitious targets.Diego Di Giuseppe, Regional Sales Director for Italy and Iberia at Ajax Systems

Iberia and Italy are one of the first international markets that Ajax has entered. And now they are one of the most successful for us. We’re striving to develop full-fledged local teams there and Diego is our next big step toward this. You will surely hear about many new appointments in these regions soon.Aleksandr Konotopskyi, CEO at Ajax Systems

Ajax Systems officially entered the Italian and Iberian markets in 2016. Since then, the company launched a number of products specifically for the needs of these markets. For example, in reply to the Spanish market’s high demand for photo verification, Ajax released MotionCam detector with a photo camera to verify the alarms. And for the Italian market, the outdoor protection of premises was a big matter — for this request, the company introduced MotionProtect Outdoor, a wireless outdoor motion detector with an advanced anti-masking system and pet-immunity.