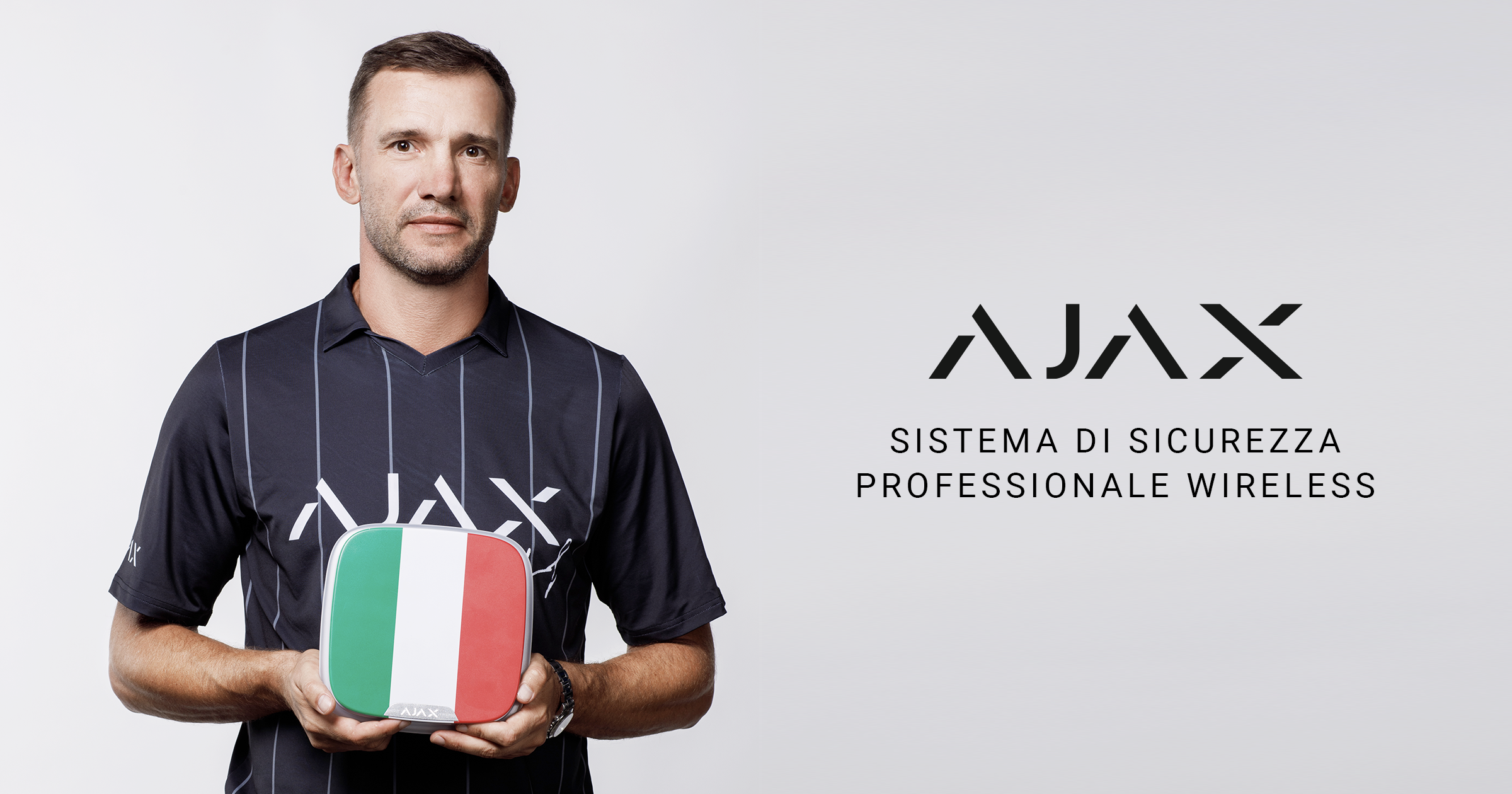 The football legend Andriy Shevchenko has become the brand ambassador of the Ukrainian manufacturer of professional wireless alarms Ajax Systems on the Italian market.

Andriy’s career is a phenomenal success story of a Ukrainian guy who had a passion for football and eventually became an icon for millions of people around the world thanks to his perseverance and dedication. Today it’s a great honor for us to have on board such brand ambassador in Italy. We believe Andriy’s popularity and crystal reputation together with the innovation and top quality of Ajax products will make a revolution on the Italian security market.CMO of Ajax Systems, Valentine Hrytsenko

I am glad to support a Ukrainian product in the Italian market and hope that this cooperation will be mutually beneficial. I’m familiar with Ajax brand, it has proven itself extremely well in Ukraine. Italy has become a second home for me, and I wish nothing but living in peace and safety for people in my second home.Andriy Shevchenko

The partnership between Andriy and Ajax is a collaboration of two professionals. The tandem of the two masters forms a winning combo.

The golden years of Andriy’s career are associated with Italy. He spent 7 years in Milan football club and is one of the most recognizable sports celebrities in the country. Playing for Milan, Andriy gained worldwide recognition and won a number of prestigious awards, including the titles of the Italian Champion (2004), Serie A top scorer (2000 and 2004), Champions League and UEFA Super Cup winner (2003), the winner of Ballon d’Or (2004) and UEFA Champions League top scorer (2006).

Ajax professional wireless security system is the most award-winning in Europe. Among others, it was awarded such titles as “Intruder System of the Year” by IFSEC (UK), “Best Innovative Product” by MIPS Securika, silver medalist at Expoprotection Awards (France). Today Ajax protects over 500,000 users in over 100 countries across the world.