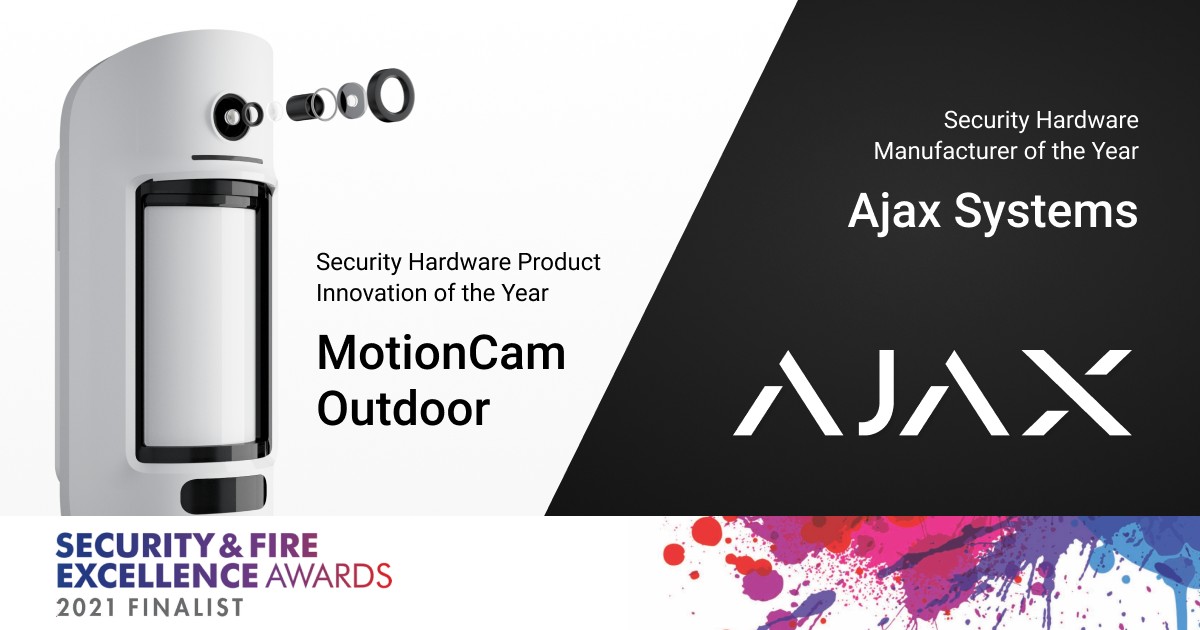 We’re thrilled to share that Ajax Systems has been announced as a finalist in 2 categories at this year’s Security & Fire Excellence Awards.

Launched this year, MotionCam Outdoor is a wireless outdoor motion detector with a camera that recognizes intrusion from the very first steps on the territory and confirms it with an animated series of photos. Visual verification helps to instantly ascertain the situation, saving users from concerns and security companies from unnecessary patrol dispatches.

MotionCam Outdoor takes photo verification to a dramatic new level. The best optics with HDR camera and IR backlight produces clear and sharp images in any weather, day or night.

As a manufacturer, we’ve recently opened a new plant, surpassed the milestone of 1 million users worldwide, as well as received FCC and IC certificates that will allow Ajax to enter new markets with 915 MHz frequency band soon.

Security & Fire Excellence Awards is an annual ceremony supported by IFSEC and FIREX International. The event highlights the very best people, projects and processes that the security and fire safety sectors have to offer. This year’s winners will be announced on November 23.

This is not the first sign of recognition that Ajax Systems receives from the British professional security community. In 2017, we won the Intruder Alarm of the Year award at IFSEC. And last year, PSI Magazine readers chose MotionCam as an Intruder Product of the Year.