MotionCam (PhOD) Jeweller and MotionCam Outdoor (PhOD) Jeweller expand the lineup of motion detectors featuring a photo camera to visually verify alarms. In addition to photos by alarm, these two new detector models can take photos at user’s request, or by alarm of any other device in the system. The PhOD detectors are sold separately and have special markings on the packaging and Ajax apps.

The Ajax users now can use updated privacy settings to limit access to visual data in the security system. The new Privacy menu allows setting when exactly users can request photos (when the system is armed or at any moment) and determine users who can make such a request, view photos, or watch streams from the integrated surveillance cameras.

Photo verification of alarms has already become a standard in the security industry. Motion detectors that visually verify alarms, even if the security system works only via cellular and with no external power supply, have expectedly become widespread. We see this not only from our partners’ feedback but also from sales growth. Since the release of the MotionCam (2019) and MotionCam Outdoor (2021) detectors, the number of devices sold worldwide has reached a million units.

According to our customers’ stories, these detectors protect homes, hospitals, schools, manufacturing sites, museums, and other completely diverse objects. Some security companies and police departments report that the number of patrol dispatches caused by false alarms has decreased by 95% due to photo verification. MotionCam is not only loved by the users but has also received international recognition from security experts. 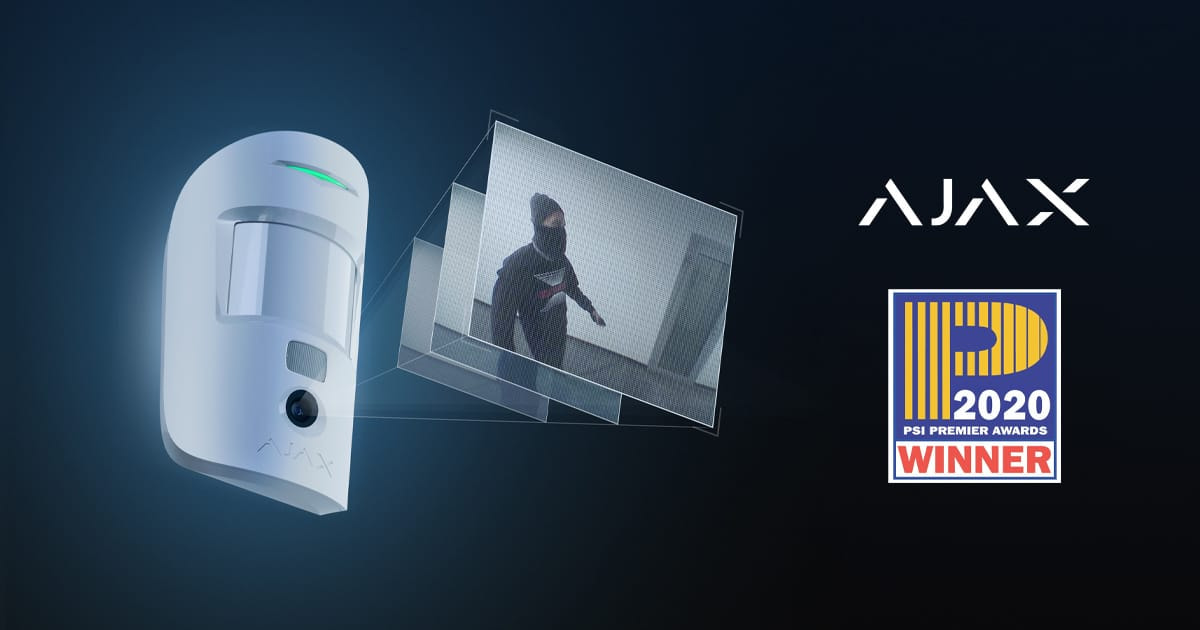 MotionCam has won the Intruder Product of the Year nomination at the prestigious PSI Premier Awards 2020.

These achievements are grounded by a convenient function of visual verification and the complete trust of the users. From the beginning, the MotionCam detectors took and sent photos only in case of alarm when spotted motion. The idea was to build the detector software architecture preventing third-party intervention and camera activation by request. From activating the camera to displaying a series of photos in the app, the whole process is as secure as possible. Visual data is encrypted during transmission and storage, is not processed or analysed on the server, and each detector operation is logged.

Thanks to this approach, the detectors have gained the user’s trust, but a single Photo by Alarm function seemed insufficient. There was an explicit request from the market, mainly from the professional community, for the Photo on Demand function.

A professional approach to the Photo on Demand function

The Photo on Demand function not only helps an end user to verify that everything is in order at a facility but also is designed for wide professional use. The new detectors allow trusted PRO accounts to take photos to verify alarms and check events for monitoring purposes or configure the camera during installation.

With PhOD detectors, system users can make sure that all is well at the facility at any time.

A good example is checking alarms and events in the PRO Desktop app. Suppose a single detector or tamper triggering is reported, or hub notifies of communication or power issues. With permission to take on-demand photos, the responsible PRO account may check the suspicious activity and dispatch a patrol if necessary. In PRO Desktop, the convenient floor plans are attached to the facility profile and available in a few clicks. The facts of making the request for the photo and dispatching a patrol are logged.

The Photo on Demand function and floor plans in PRO Desktop allow you to check the suspicious activity on site.

The Photo on Demand function helps choose the most effective detector location when installing the security system. An installer may not even fix the MotionCam with a double-sided tape but simply hold the detector with one hand, take the on-demand photo via the mobile Ajax PRO app, and adjust the detector according to the received image. The function also becomes handy when reconfiguring the detector during its further operation.

Photo by scenario to confirm other system alarms

With OS Malevich 2.13.1 update, PhOD detectors can take photos when other system devices like fire detectors, leak detectors, opening detectors are triggered, as well as when a panic button is pressed. By creating a scenario in a few clicks, users and the security company can receive photo confirmations of alarms from detectors that are near or in the field of view of the PhOD detector.

For example, thanks to the new Photo by Scenario function, the PhOD detectors optimize the work of fire brigades. FireProtect or FireProtect Plus triggerings can automatically activate the photo camera in the nearby motion detector. A monitoring station operator will clearly understand the real situation in just a few seconds. Thus, city fire services can significantly reduce the number of responses caused by false alarms. There may be numerous similar scenarios for other devices.

To use the function, just create a scenario in the MotionCam (PhOD) settings.

The Photo by scenario feature came up as a result of the demand for implementing photo confirmations of fire alarms. The request came from our partners in Norway, where we have implemented a joint project on protecting a UNESCO World Heritage Site against fires. And this is not the first project involving Norwegian expertise to improve fire detection in Ajax security systems. In OS Malevich 2.10, we collaborated to implement the Delay of Interconnected Alarms feature in the FireProtect lineup. 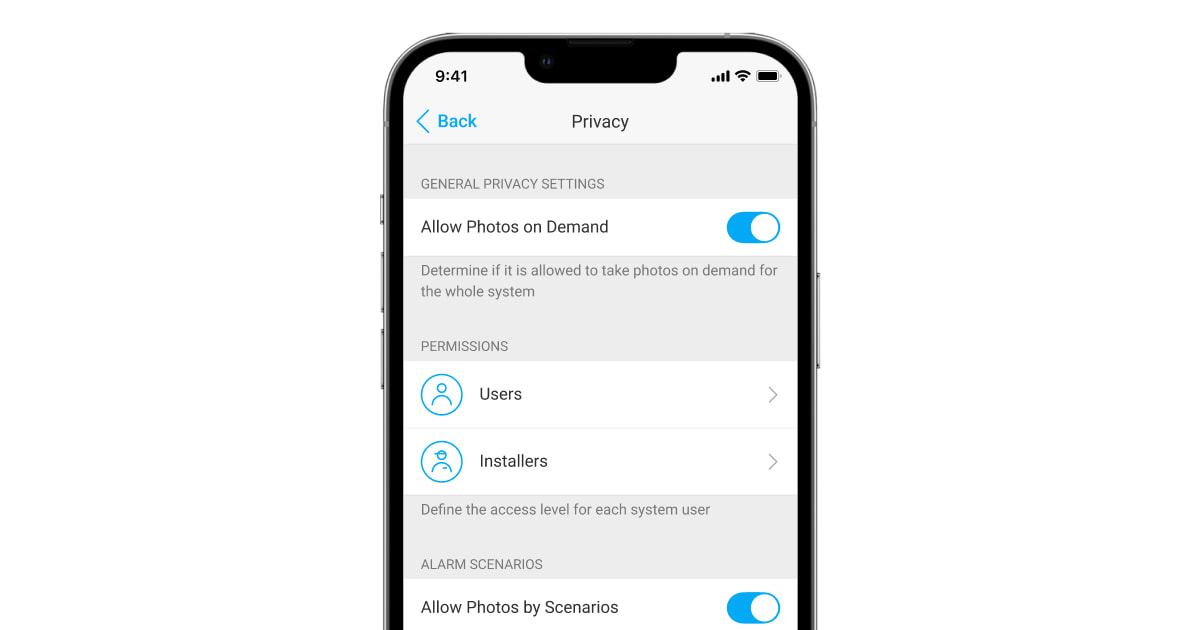 The new Privacy menu allows users to delimit their access to visual data in the Ajax system.

The new menu allows users with admin rights to determine users who have access to photos from detectors and videos from integrated surveillance cameras. A PRO account (for instance, an installer) does not have access to these settings, but the hub admin may allow them to use the Photo on Demand function. By default, the function is disabled for all users.

The hub admin can restrict access to the function depending on the security system mode, allowing the user to take on-demand photos only when the detector is armed. The process of taking photos is completely transparent. If a particular detector takes a photo — all users receive notifications and see who requested them. And what is important — only the users with access can view the photos.

Along with the ultimate protection for Ajax apps, including passcodes and login biometrics, two-factor authentication, and session control by default, the new Privacy menu adds another protection layer for Ajax security users.

How to start using the Photo on Demand function

Updated privacy settings are available with the OS Malevich 2.13 version and the following app versions: