Lighting control with LightSwitch: Comfort and security in a touch

Ajax Systems today unveiled LightSwitch, a smart light switch combining professional security technology and best-in-class user experience. LightSwitch features a large touch-sensitive panel responsive to a tap or contactless activation — it is enough to put a hand at least 15 mm close to the device, and the light turns on. Due to the soft LED backlight, it’s easy to do even in the dark.

Attempts to bring lighting to a new level occur regularly. But they have not yet become mainstream for various reasons: the complexity of integration, poor user experience, price, quality, etc. We have a superior technology stack to deliver an outstanding product for lighting control. And we already have over a million facilities connected, our users love Ajax, and we believe we can establish a new generation of lighting control.Aleksandr Konotopskyi, CEO of Ajax Systems

With LightSwitch, security system users can control a wide range of illumination devices, both on-site and remotely, through Ajax apps. Automation scenarios allow switching on the lights by schedule when disarming the security system or by an alarm to see intruders better and deter them. Also, you can configure the system so that the activation of one switch triggers all the switches on-site. Thus, one move turns off the lights in the entire facility.

From the installation perspective, LightSwitch is an entirely hassle-free device. It has standard dimensions of European switches, does not require a neutral wire, and features replaceable face panels, available in eight colours. The product line also includes one-gang, two-gang, and two-way models, and frames of various sizes. 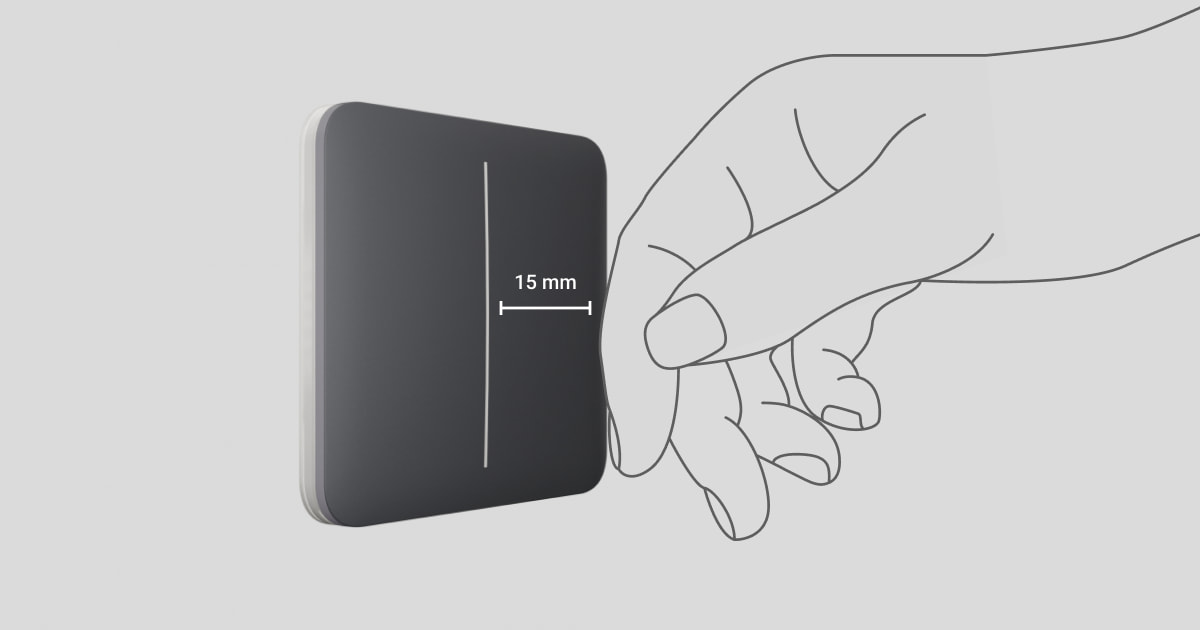 The entire panel is touch-sensitive and reacts even to the approach of a hand at a distance of 15 mm.

LightSwitch is designed with the user in mind. Knowing that there is nothing more annoying than an unresponsive sensor, the developers have been working for over a year to make the entire switch panel responsive to any touch. Light or intense, at any point on the panel.

Even more, it is enough just to put a hand, elbow, knee or any part of the body close to the LightSwitch — and it will respond. Finally, kids will not touch it with dirty hands. Magic! But let’s be realistic — they will. At the same time, LightSwitch does not react to interference. An excellent, responsive sensor that is not susceptible to electromagnetic interference is one of the LightSwitch know-hows.

LightSwitch mechanical feedback and the sound of a click evoke positive emotions, and the user clearly understands that the tap has happened. The soft LED backlight does not blind or disturb sleep, but users will see the switch at night.

Technology on the edge of design 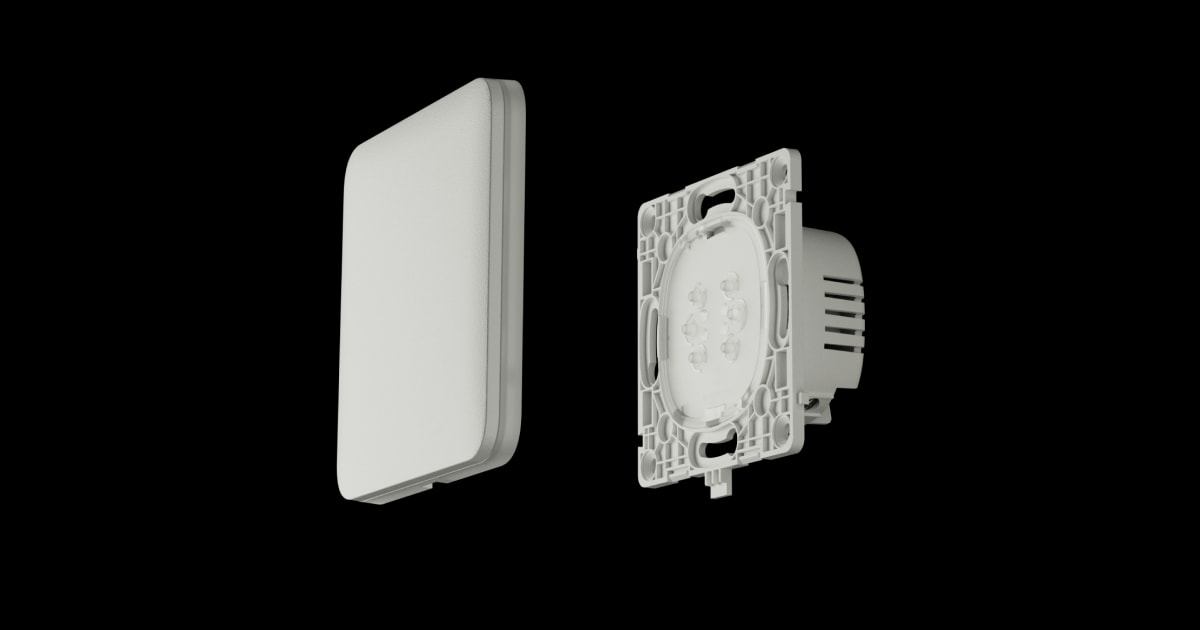 An electrician can easily assemble LightSwitch in any configuration they need.

LightSwitch is an assembled device consisting of a core mechanism, a transparent frame, and a colour face panel. This design allows an electrician to assemble LightSwitch of the required configuration. There are suitable LightSwitch options for any type of facility: home, office, cafe, shop, or production area. The product range includes one-gang and two-gang models, as well as a two-way switch, which is very handy when you need to turn on the light in long hallways, rooms with several exits, or on the stairs.

In interior design, colour plays a significant role so LightSwitch can be of different colours. Choose any of 8 available colours: white, fog, grey, graphite, ivory, oyster, olive or black. No worries about new wall colour after renovation — changing the face panel takes seconds. And they are sold separately. 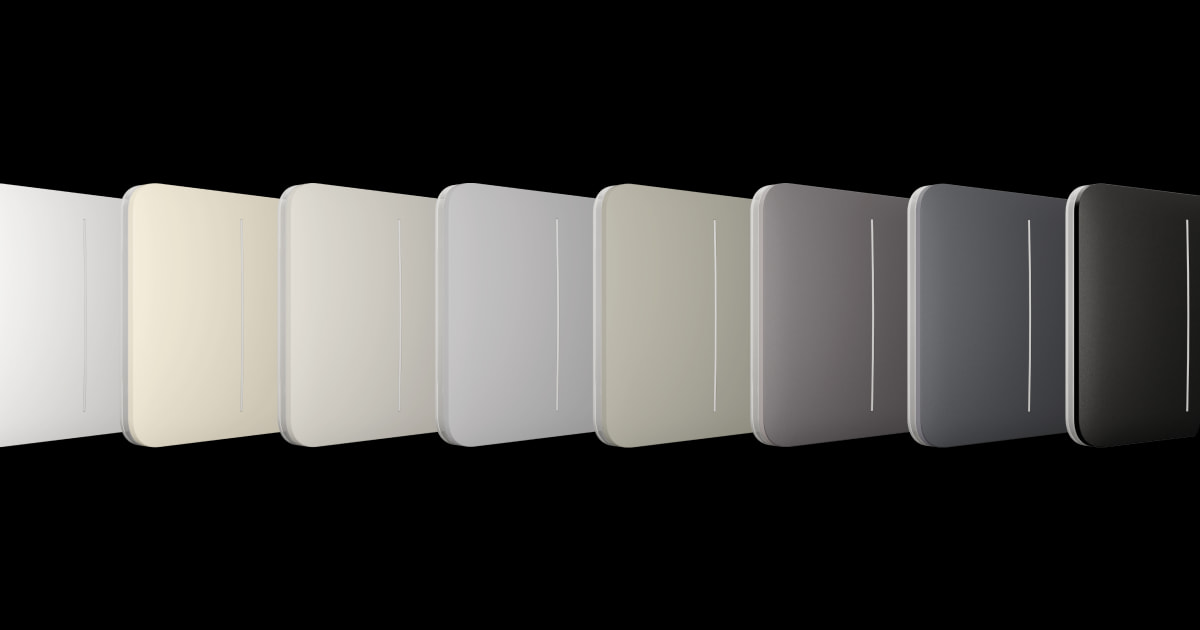 Design is a crucial part of LightSwitch. The transparent frame can feature up to 4 seats, and the frame is filled with cores and face panels accordingly to interior design. There are different face panel variations: central buttons and side buttons. Thanks to this, the frame filled with switches looks seamless and aesthetic when assembled.

Face panel variations include central buttons and side buttons which make a LightSwitch set look seamless. 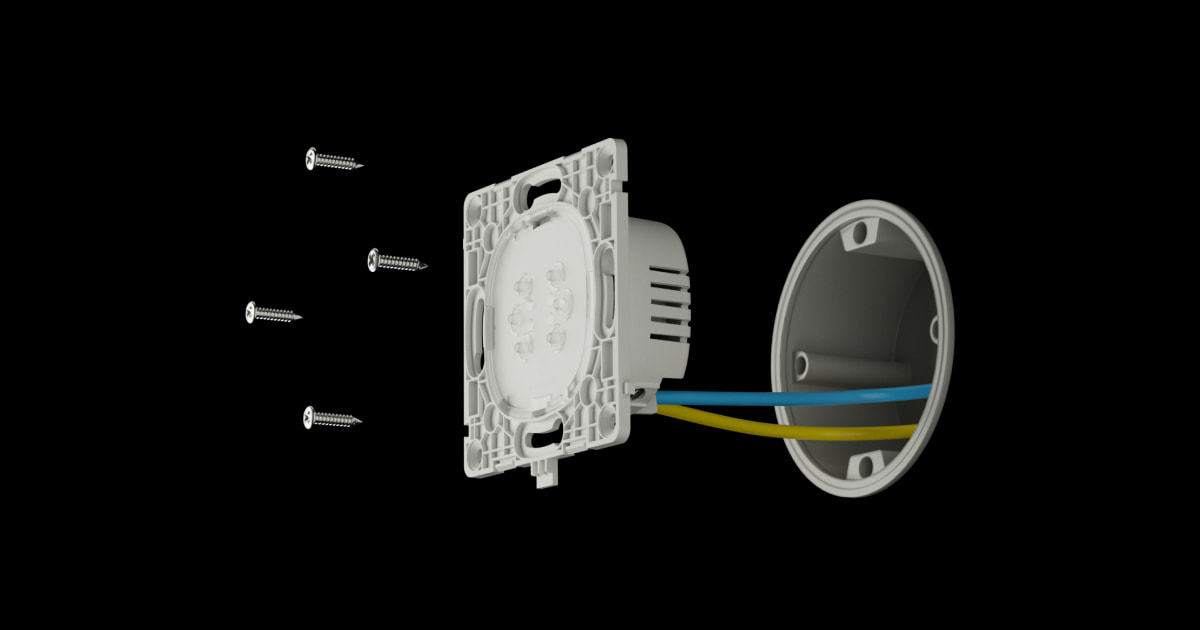 LightSwitch is developed by people who understand the work of a professional electrician. Installation requires minimum effort. There is no need to install signal wires or change something in a junction box. LightSwitch doesn’t even need a neutral wire. Power comes through a live wire, which the old switch has been controlling.

In terms of dimensions, the LightSwitch is identical to the traditional European switch. An electrician needs 5-10 minutes to replace it, including dismantling and mounting a new one. LightSwitch supports a wide power range of light bulbs: from 5 to 600 W. It is suitable for a big hall chandelier and a night LED lamp.

Even considering that LightSwitch is located in a concrete niche — the installation can easily cover a private house with an area of ​​​​hundreds of square metres without range extenders. Two radio antennas are placed outside the mechanism and integrated into the front panel to improve the radio communication range and stability. 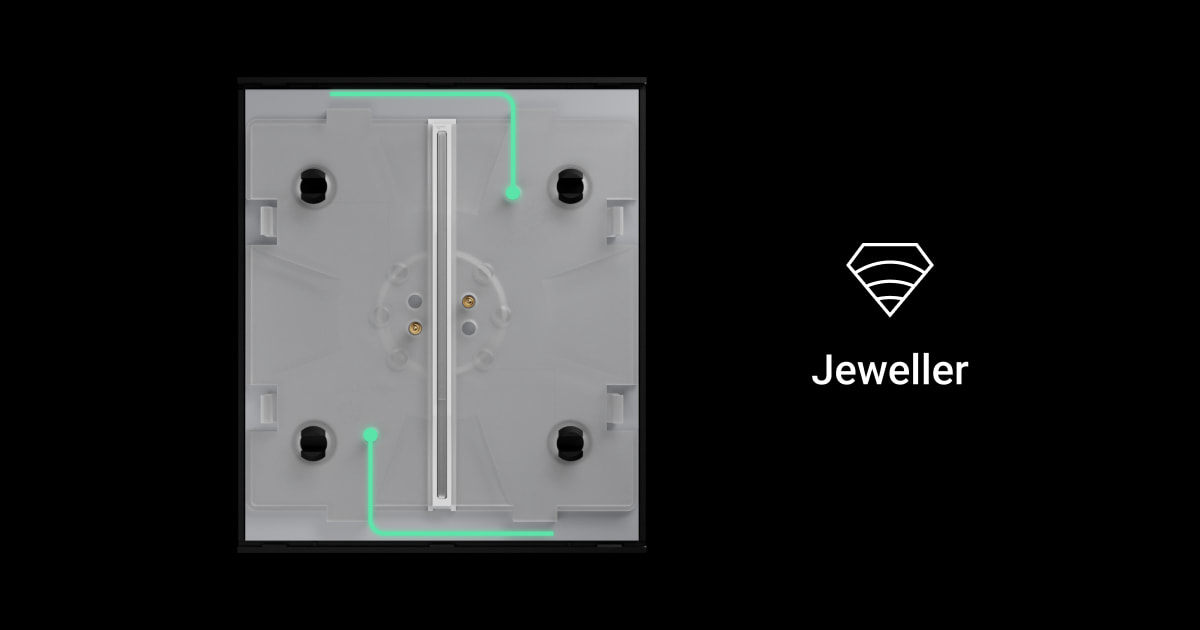 Two radio antennas in LightSwitch are placed outside to provide stable radio communication.

Unlike most smart home solutions, LightSwitch is a part of an Ajax security system. This means that the switch, in any case, will do the job. LightSwitch is controlled through the Jeweller radio protocol, modified for home automation. The protocol features frequency hopping and a guaranteed delivery system; it constantly monitors communication quality and has the best range in the world. It is way more reliable than common technologies for automation, such as Z-Wave, ZigBee or Wi-Fi.

Even if the Ethernet connection is lost, LightSwitch can always be controlled through the cellular channel.

The “brain” of the system — an Ajax hub — runs on OS Malevich, a real-time operating system. It does not lag or freeze; it instantly loads and performs all actions. It takes less than a second from a tap on a smartphone to the lights switch on. A scenario is executed in less than a second as well. LightSwitch is compatible with Hub Hybrid, Hub Plus and higher — meaning that communication with the outside world is provided by two communication channels at least. Therefore, even if the Ethernet connection is lost, the light can always be controlled via the cellular channel.

Lighting control in a pocket

With all the above, a smartphone with an Ajax app becomes the ultimate remote control for lighting. Users can switch off the lights on the go when leaving the office or switch the lights anywhere in the house when lying on a couch.

The Ajax app allows you to control LightSwitch anytime and anywhere.

Not to mention a simple timer (from 1 second to 2 hours), LightSwitch can switch off on its own. And Ajax automation scenarios take lighting to another level.

The user knows everything that happens on-site from instant notifications. The software also synchronises two-way switches. The first one ‘knows’ that the second one turned off the light, so the switch state is instantly visible in the app.

LightSwitch in a minute

LightSwitch will be available for order from authorized Ajax partners in the 4th quarter of 2022.